Foeniculum vulgare dulce, also known as Fennel, has a rich aroma reminiscent of anise, which gives Fennel oil its liquorice-like scent. From the ether of the mind, Fennel essential oil transforms thoughts into concrete action and clear communication. The warm and drying nature of Fennel essential oil helps bring focus and clarity to wayward thoughts, and can be useful during times of doubr or decision-making.

Where is Fennel essential oil from?

Our Fennel essential oil is sourced from Moldova, Eastern Europe with varied terrain including forests, rocky hills and vineyards. Moldova is one of the poorest countries in Europe, with its economy relying heavily on agriculture.

How is Fennel essential oil made?

Fennel seeds are planted directly into the farm fields and create long rows of lush foliage. Fennel is ready for harvest in September, the first month of Autumn, where the days are still warm, with temperature in the range of an average high of 23.5°C. The perennial crop of buttery yellow flowers can grow up to six feet in height with delicate, feathery leaves and a powerful anise scent. The essential oil of Fennel is produced by steam distilling fresh or dried plant material. The leaves are added to water and then boiled where the steam is captured and collected. Once the steam cools the essential oil floats to the top and the water or hydrosol and is used in Aromatherapy. 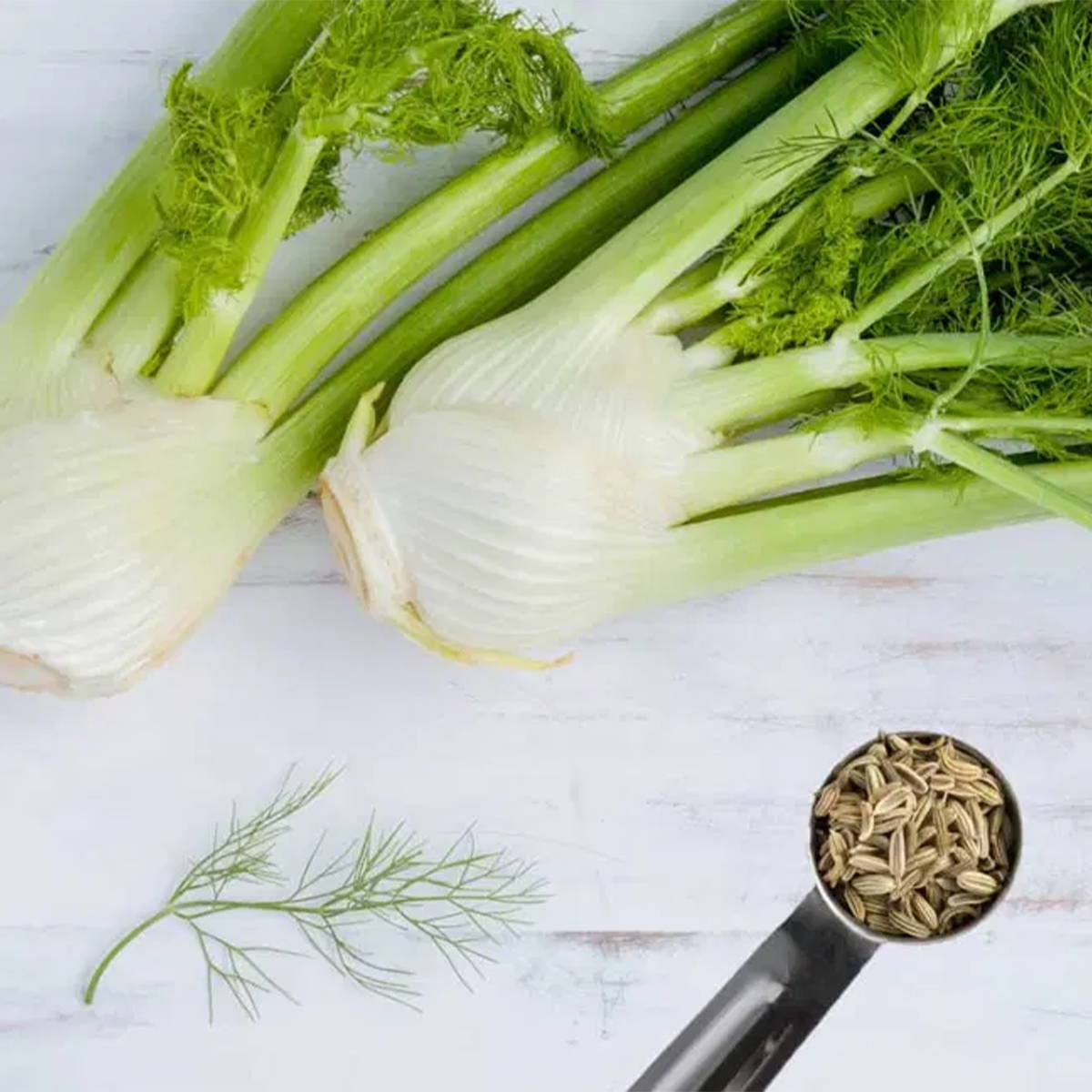 Fennel is a hardy, perennial plant and it can grow to 6.5 feet, with sparse bright green leaves, like delicate lace and yellow flowers atop thin stalks, facing the sky in clusters.

Fennel essential oil has a warm, sweet, peppery aroma and reminds us of how black licorice tastes. For some, this is not a favourable aroma however you can still enjoy the benefits of Fennel essential oil in many different ways without it being too over powering. 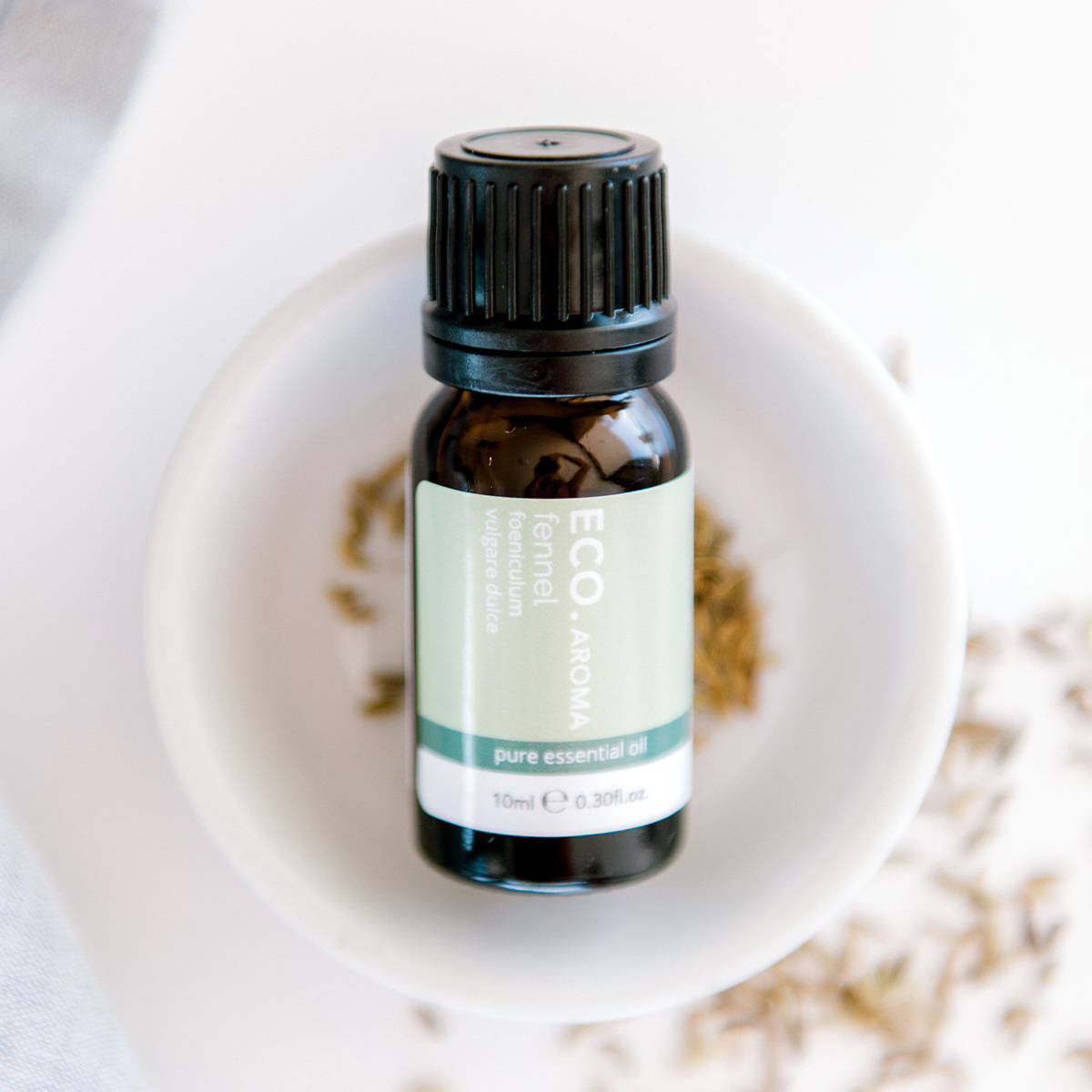 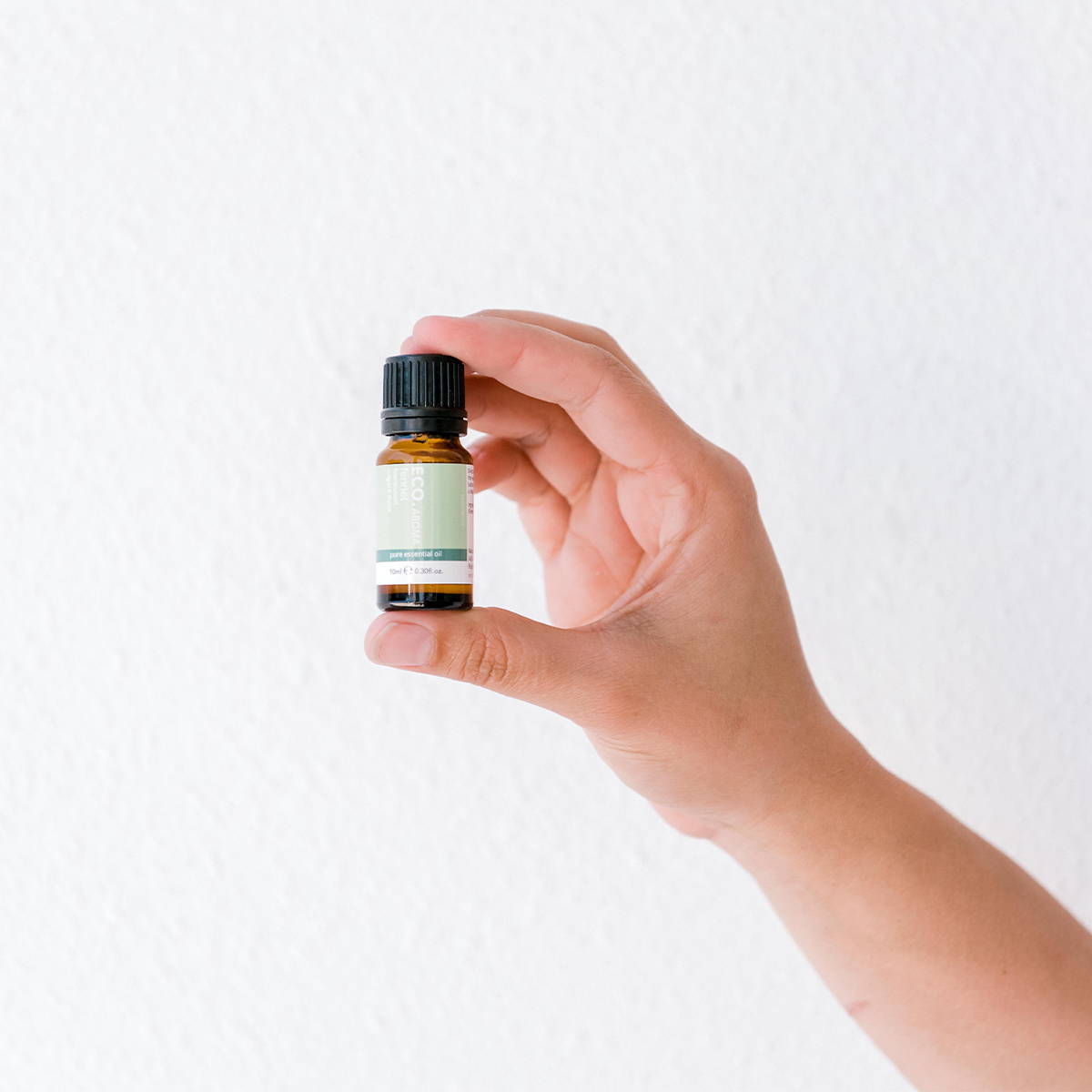 The fennel plant originated in the southern Mediterranean region and went wild throughout the Northern, Eastern, and Western hemispheres, specifically in Asia, North America, and Europe. This saw Fennel to be treated as an unruly weed and was best grown in a controlled environment.

The ancient Greeks used to chew fennel seeds to help them control their weight before athletic tournaments and thought it conveyed long life, courage, and strength. Their name for fennel was marathrion from maraino, meaning "to grow thin". Fennel's ability to stave off hunger was emplyed during fasting days in Europe.

What are the benefits of Fennel essential oil?

How do you use Fennel essential oil?

Fennel oil should be avoided by those who are pregnant, babies or young children. Use under supervision for those with oestrogen dependany cancers due to this essential oil's oestrogen like compound; trans-anethole.

Georgia is the Content & Community Coordinator at ECO. Modern Essentials. Georgia oversees the company's social media platforms, helps coordinate brand collaborations, is a leader for ECO.'s content creation + DIY recipes and manages ECO.'s affiliate program. She is a qualified Beauty Therapist with extensive Dermal Therapy qualifications, a Diploma in Training Design & Development with a Aromatherapy Practitioner Certificate. Georgia is passionate about leading a happy & healthy life and helping educate those around her. 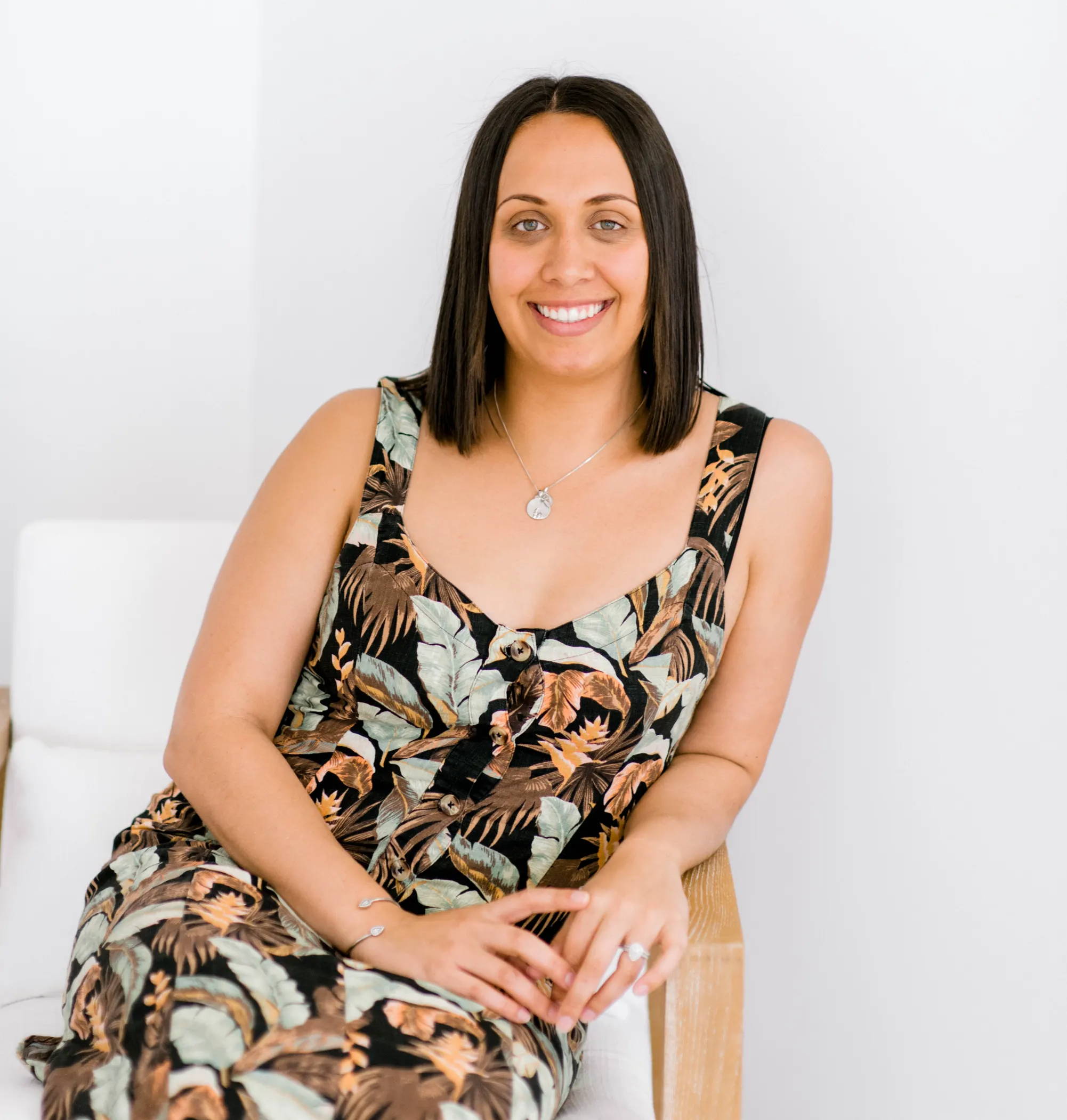